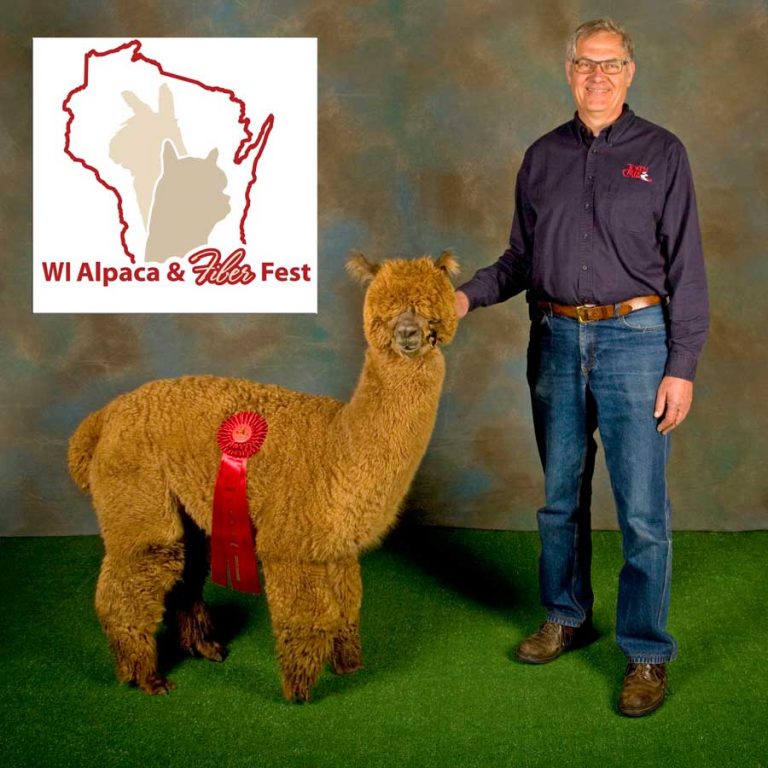 Update August 2018: Tawny is confirmed pregnant by Millenium’s Peruvian Ventura, a medium fawn multi champion herdsire with Hemingway appearing twice in his pedigree as well as 6Peruvian Accoyo Elite and 4Peruvian Legacy. Can you say “stellar packed pedigree”? Tawny is due in June of 2019

Tawny is from a maternal line where you have to be patient and give the offspring time to bloom. As a juvenile she was good but not great as her fine fleece didn’t readily exhibit the character needed to excel in the show ring. As a yearling she came into her own and did well for us at both the IL and WI 2017 spring shows. She place second in the 2yr and older halter class at the 2018 AOA National Show. She has very nice fineness and fleece character from base to tip. Tawny has been bred to medium fawn 8 time champion JLFA Millenium’s Peruvian Venture (AOA# 31625111) for a June 2019 birth. We looked hard for an exceptional fawn male for Tawny and found him close by right here in Wisconsin. We expect Venture’s strong staple character to complement Tawny very well.